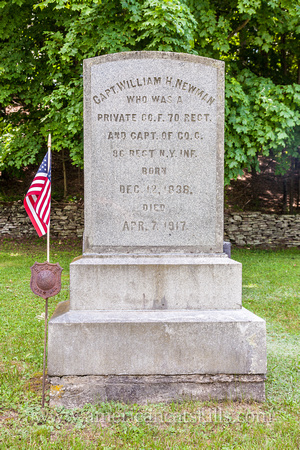 William Henry Newman (1838-1917) was awarded the Congressional Medal of Honor, the nation’s highest award for bravery, for his actions in the Civil War during the Appomattox Campaign of March-April 1865.

“The President of the United States of America, in the name of Congress, takes pleasure in presenting the Medal of Honor to Lieutenant William Henry Newman, United States Army, for extraordinary heroism on 6 April 1865, while serving with Company B, 86th New York Infantry, in action at Amelia Springs, Virginia, for capture of [the Confederate battle] flag.”