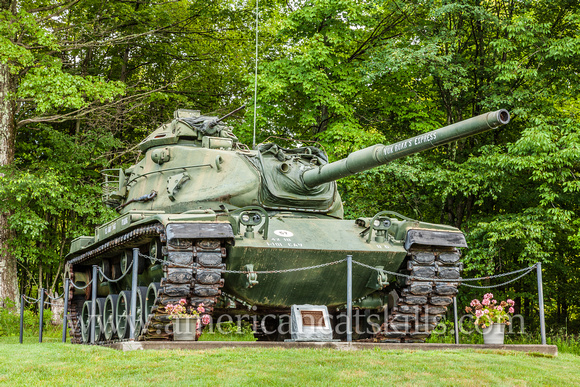 A Trooper and His Mount

The mighty M60A3 tank, donated by the Army National Guard Armory in Newburgh, stands on a small hill within the Sullivan County Veteran’s Cemetery in Liberty, New York. It stands forever in the “overwatch” position looking over the graves of all the veterans buried at the cemetery.

The tank honors Sergeant Kenneth von Ronn (1984-2005), a Bloomingburg native, who while serving in Operation Iraqi Freedom was killed along with six fellow soldiers on January 6, 2005 when an improvised explosive device (IED) exploded his Bradley Fighting Vehicle. His unit was patrolling about 20 miles outside of Baghdad in Taji when the Bradley drove over the roadside 200 pound bomb, enough explosive to flip the 33 ton vehicle. Von Ronn, a combat medic, was 20 years old and served as a member of the HHC Company, 1st Battalion, 69th Infantry Regiment, 42nd Infantry Division, New York.
Copyright © All Rights Reserved 2017 Matthew Jarnich
Powered by ZENFOLIO User Agreement
Cancel
Continue