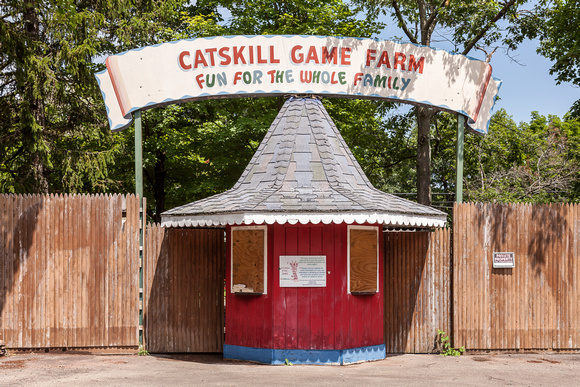 The historic Catskill Game Farm was a popular zoo that over time turned into a cultural icon, attracting crowds of visitors from throughout the region. For many visitors the family owned Game Farm was more than a zoo, it was family tradition to make the annual pilgrimage to the zoo’s remote location year after year, a tradition passed down from generation to generation. A trip to the Catskill Game Farm marked the arrival of summer and the family vacation. It was time away from the city or suburbs. It was a family friendly business offering a unique opportunity to get up and close to the animals; part farm, part zoo. First established in 1933 by Roland Lindemann, a German immigrant, the 900-acre zoo was home to over 2,000 animals from an estimated 150 species, including alligator, buffalo, donkey, elk, giraffe, leopard, lion, pig, zebra and much more. At its height the Catskill Game Farm attracted an estimated 500,000 visitors every year.

Unfortunately, due to declining visitation and increasing legal regulation, the Catskill Game Farm closed in 2006 after 73 years in business. The animals, park rides, equipment and gift items were all auctioned off to the highest bidder. The zoo’s closing marked the end of an era, another slice of Americana that lives on only in wistful memories.
Copyright © All Rights Reserved 2020 Matthew Jarnich
Powered by ZENFOLIO User Agreement
Cancel
Continue