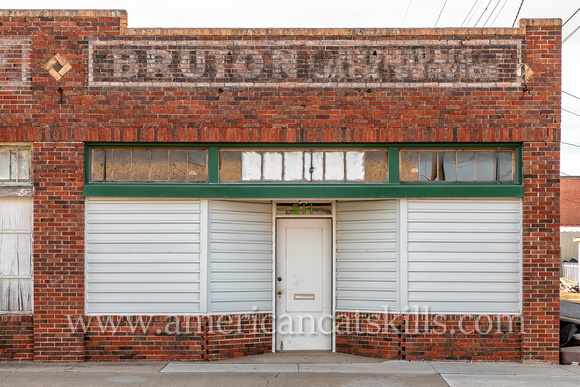 The former Bruton Hydraulic Jack Service business can be found along historic Route 66 in the panhandle city of Amarillo, Texas. It operated at 911 West 6th and was later located at 310 South Lipscomb. Bruton’s was for a time owned and operated by Art Ogden. Bruton’s was “the franchise service depot for Simplex hydraulic jacks, Simplex Pine (the industrial hydraulics division of Simplex), Blackhawk hydraulic jacks, Blackhawk body and frame repair equipment, Big Four Bear tire service equipment and Stewart-Warner Alemite (grease equipment).” They also serviced lawn mowers. In 1977 the business was purchased by two Amarillo brothers, Barry and Bob Lindsey, with previous owner Art Ogden continuing with the company as an outside salesman. A 1977 advertisement in the local newspaper stated there would be no major changes in the operation after the ownership change and that “The Lindseys are looking forward to meeting all of Art Ogden’s customers, and want to assure them that they will continue to serve everyone with as much zeal as a new customer. Both Barry and Bob want to invite all their friends and former customers to call them if they be of any assistance.” As of 2020 the West 6th location was home to Tip Top Used Cars.
Copyright © All Rights Reserved 2020 Matthew Jarnich.
Powered by ZENFOLIO User Agreement
Cancel
Continue