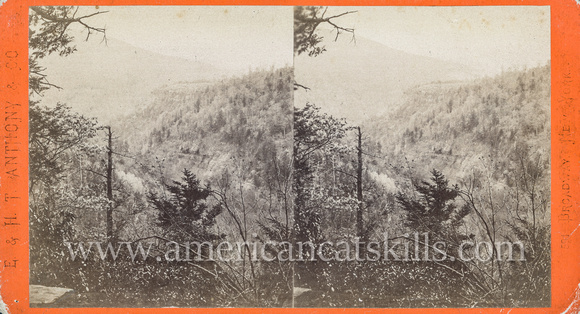 View from the Laurel House – Prospect Rock in the distance – Catskill Mts. (# 165)