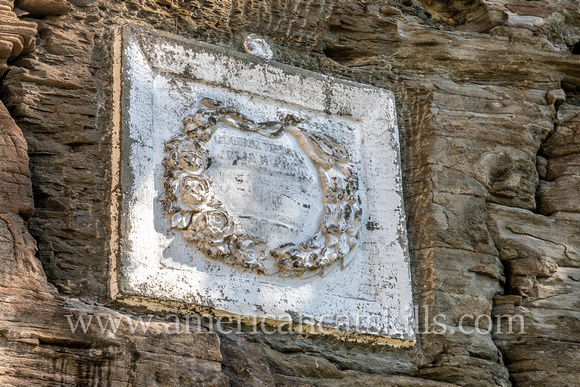 The wreath contains the names of Zadock Pratt’s children, George W. Pratt and Julia H. Pratt. Although no longer visible this carving once contained the following verse: “Let virtue be your greatest care, and study your delight, So will your days be ever fair, and peacefully your nights.” The verse was removed sometime after the death of George Pratt.
Copyright © All Rights Reserved 2021 Matthew Jarnich.
Powered by ZENFOLIO User Agreement
Cancel
Continue