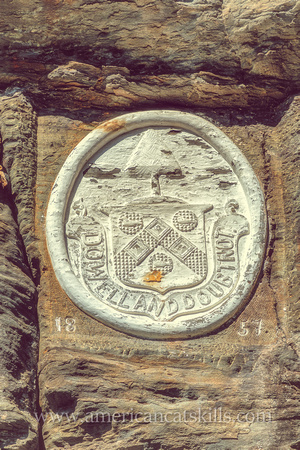 The Pratt family coat of arms, which includes a hemlock tree and the saying: “Do well and doubt not.” The date inscribed under the coat of arms indicates that this carving was likely created in 1857.
Copyright © All Rights Reserved 2021 Matthew Jarnich.
Powered by ZENFOLIO User Agreement
Cancel
Continue