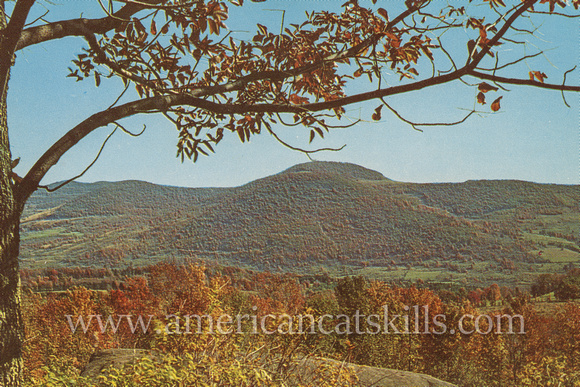 Born and raised in Roxbury, John Burroughs (1837-1921) would grow from his humble roots to become a famous author and naturalist. He authored 27 books, that sold over 1 ½ million copies, as well as numerous magazine essays. Burroughs’ most popular writings became generally known as the nature essay. The nature essay relied on Burroughs’ astute observation of his natural surroundings. He took long walks in the woods, collected plant and animal specimens and read voraciously about nature. He would often write not about faraway places that few readers would ever see but about his immediate surroundings. Subjects would include flowers, trees, birds, country living, open fields, barns and barnyards and farm animals. He would write about long hiking trips and fly-fishing. Readers could individually relate to the subjects and his essays resonated with wide audiences. His literary prominence brought him the audience of John Muir, Walt Whitman, Thomas Edison, Henry Ford and even President Theodore Roosevelt. While his fame has diminished over the past century since his death, his contribution to the literary arts and environmental conservation has ensured that his legacy will not be forgotten.

Woodchuck Lodge was built in the early 1860s by Curtis Burroughs, John’s older brother, and is located on the southern slope of Old Clump Mountain near Roxbury on the property where Burroughs grew up as a child. Woodchuck Lodge was Burroughs summer home from 1910 until his death in 1921. Upon his passing, Burroughs’ close friend, Henry Ford, purchased the property, likely in order to help preserve it. Today, the lodge is owned by a nonprofit community preservation organization and is open to the public on select summer weekends. Located adjacent to the Woodchuck Lodge property is the John Burroughs Memorial Field State Historic Site, the final resting place for John Burroughs. Woodchuck Lodge is listed on the National Register of Historic Places.

Located adjacent to his grave is a large glacial erratic known to Burroughs and his faithful readers as Boyhood Rock, a treasured location where Burroughs would spend many hours of his youth upon the sandstone rock gazing out over the farm, fields and mountains. It was perhaps his favorite place in the world. As per his last wishes Burroughs is buried in his final resting place only feet away from “the big rock in the pasture”: “Here I climbed at sundown when a boy to rest from work and play, and to listen to the vesper sparrow sing, and here I hope to rest when my work and play are over – when the sun goes down – here by boyhood rock.” (1)

The bronze plaque attached to Boyhood Rock includes a wonderful engraving of Burroughs sitting upon the rock gazing upon the beautiful scenery. The engraving is an interpretation of a nearly life size bronze statue of John Burroughs created in 1918 by well-known sculptor Cartaino di Sciarrino Pietro. The original bronze statue is located at the Toledo Museum of Art in Ohio, having been dedicated on the officially proclaimed “Burroughs Day” in 1918 during a ceremony attended by thousands. The Boyhood Rock plaque also includes a brief excerpt from his famous “Waiting” poem: “I stand amid eternal ways, and what is mine shall know my face.”