While reading and researching the Catskills, whether for photography, history or general interest, I occasionally come across a little tidbit that strikes me as quite fascinating. And so it was with the fact that the Major League Baseball home run champion of 1905 was a Catskills native. This fact prompted me to dig deeper into this interesting, albeit rather obscure, story line; and it only got better. It turns out that the home run champion captured that title on the next-to-last day of the season, he prevented a teammate from winning the coveted Triple Crown with that dramatic home run, and he would never hit another home run in his career. Here’s that story. 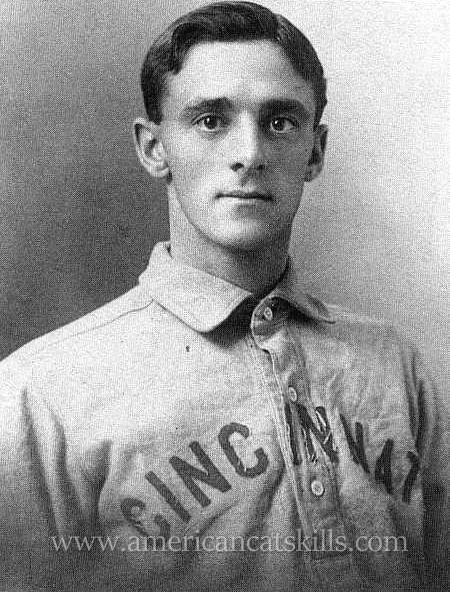 Frederick William Odwell was born on September 25, 1872 in Downsville, New York. He was one of six children born to John T., a respected lawyer, and Sarah Odwell. Odwell, after playing locally for several years, began his official playing career in 1897 with the minor league Wilkes-Barre Coal Barons. Odwell, nicknamed Fritz, was an ironman of sorts that first season, playing 72 games in the field and batting a respectable .287, while also pitching 247 innings (2nd most on the team) with a 3.06 ERA. Odwell played for the Coal Barons for several years but also bounced around with other minor league teams, including the Rome Romans, the Montreal Royals and the Louisville Colonels. After seven long years in the minors, culminating in a solid 1903 season with Louisville where he batted .318 and stole 47 bases, Odwell finally got his big break.

Odwell signed a contract with the Cincinnati Reds and played his first professional baseball game on April 16, 1904 at the not-so-young age of 31. In his rookie season, Odwell played in 129 games and batted a solid .284. He stole 30 bases, which was good enough for 10th in the league. He hit one home run in 468 at-bats. He was also 9th in the league in sacrifice hits and was reportedly a decent outfielder.

Going in to the 1905 season, Odwell was considered a reliable, but not necessarily core, member of the Reds. As the season wore on however, and while Odwell’s batting average slumped to .241, he went on a bit of a power surge (for the era*). He hit 2 home runs in June, 2 more in July, 3 more in August and 1 in September. In October, going in to the second-to-last-day of the 1905 season, Odwell was tied with Reds teammate, James Bentley “Cy” Seymour for the league lead in home runs with 8. Seymour, regarded as one of the best hitters in the league, was having a terrific season, leading the league with .377 batting average, 121 RBIs, .559 slugging %, 219 hits, 325 total bases, 40 doubles and 21 triples. If Seymour remained tied for the home run lead with Odwell or if Seymour finished ahead of Odwell, he would win the now-famous Triple Crown. (The Triple Crown is an unofficial title earned by leading the league in three statistical categories: batting average, home runs and RBIs (runs batted in); and is thought to represent key attributes of the all-around hitter. For historical reference, the Triple Crown has only been accomplished 17 times in baseball history.)

“Cy”, short for “Cyclone”, Seymour was an extremely versatile ball player. Starting his career as a pitcher, Seymour would win 61 games in just over 3 seasons, averaging over 300 innings pitched per season and a 3.76 earned run average (ERA). In 1898, his best pitching year, he won 25 games and led the league in strikeouts. After an arm injury, in a move that would today garner headlines and magazine covers, he transitioned to the outfield and would be equally as successful, belting out 1,724 hits for a career batting average of .303. Bill Kirwin highlights in his biography of Seymour for the American Baseball Research that “Since 1893 only one player in the history of the game, Babe Ruth, combined to ever have more pitching victories AND more hits than Seymour. [And Seymour] was a pitcher in a hitting era and hitter in a pitching era. He managed to combine the abilities of hitting and pitching into an exceptional and rare career.” Seymour was inducted into the Cincinnati Reds Hall of Fame in 1998.

Back to October 7, 1905, the second-to-last-day of the season, and Odwell’s Cincinnati Reds were playing a home double-header against the Saint Louis Cardinals. The Reds lost the first game by a score of 7-3. In the 2nd game, in the bottom of the 8th inning, Odwell would hit his 9th homerun of the year, an inside-the-park homerun off 23 year old Cardinals rookie Charles Edward “Buster” Brown. The Reds won the game 6-3, ensuring that they would finish with an above .500 winning percentage. Odwell led all of major league baseball in home runs with 9 and his late inning home run prevented teammate Cy Seymour from winning the Triple Crown. Prior to the 1905 season, including his seven years in the minor leagues, Odwell had hit only 18 home runs, and never more than 8 in a season. Three of his 1905 homeruns were inside-the-park. Ironically, that early October homerun would also turn out to be the last of his professional career. All told, Odwell is certainly one of the most unlikely home run champions in baseball history. 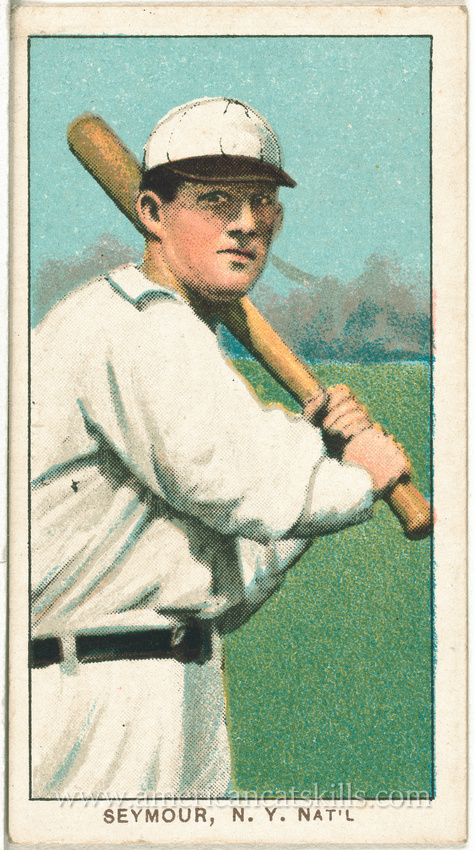 Odwell would remain with the Reds in Major League Baseball for two more years, playing his final game on September 12, 1907. He had played 411 games for the Reds over 4 years with 365 hits, a .258 batting average, 72 stolen bases and, of course, one league leading home run title. With a love for baseball regardless of the venue, Odwell would go on to play for five more years in the minor leagues, four of them with the Columbus Senators and one with the Marion Orphans / Ironton Diggers, before retiring in 1912 at the age of 39. Although information is scarce it is believed that he went on to be a real estate broker and local postmaster in his hometown of Downsville, New York. Odwell passed away on August 19, 1948. He is buried at Paige Cemetery in Downsville, New York.